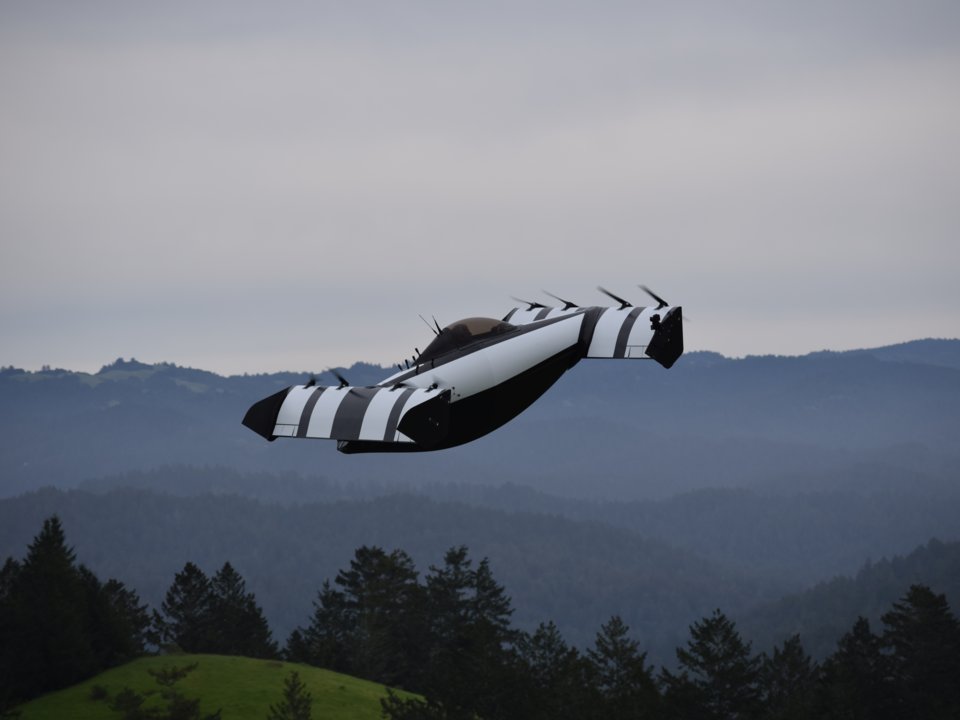 BlackFly is a one-seater flying vehicle.
Google cofounder Larry Page has backed Canadian startup Opener, which came out of stealth mode on Thursday to reveal its electric flying vehicle BlackFly.

It's the second flying car startup backed by Page, who has also put money into US startup Kitty Hawk, headed up by former Googler Sebastian Thrun. Opener didn't say how much he had invested.

We first saw the news via the BBC.

BlackFly is a one-seater that can travel 25 miles at a cruising speed of 62 mph propelled by eight motors, and is apparently fully amphibious (although it takes off best from grassy ground). The vehicle is operated by a joystick, and Opener claims that its controls are simple to master, and requires no formal piloting license to fly.

It isn't clear when the flying vehicles might be available to buy, but Opener has won permission from regulators to fly BlackFly as a "basic ultralight aircraft." According to the BBC, early models will be expensive but eventually the vehicles might cost around the same as an SUV.

You can watch the BlackFly in action here: