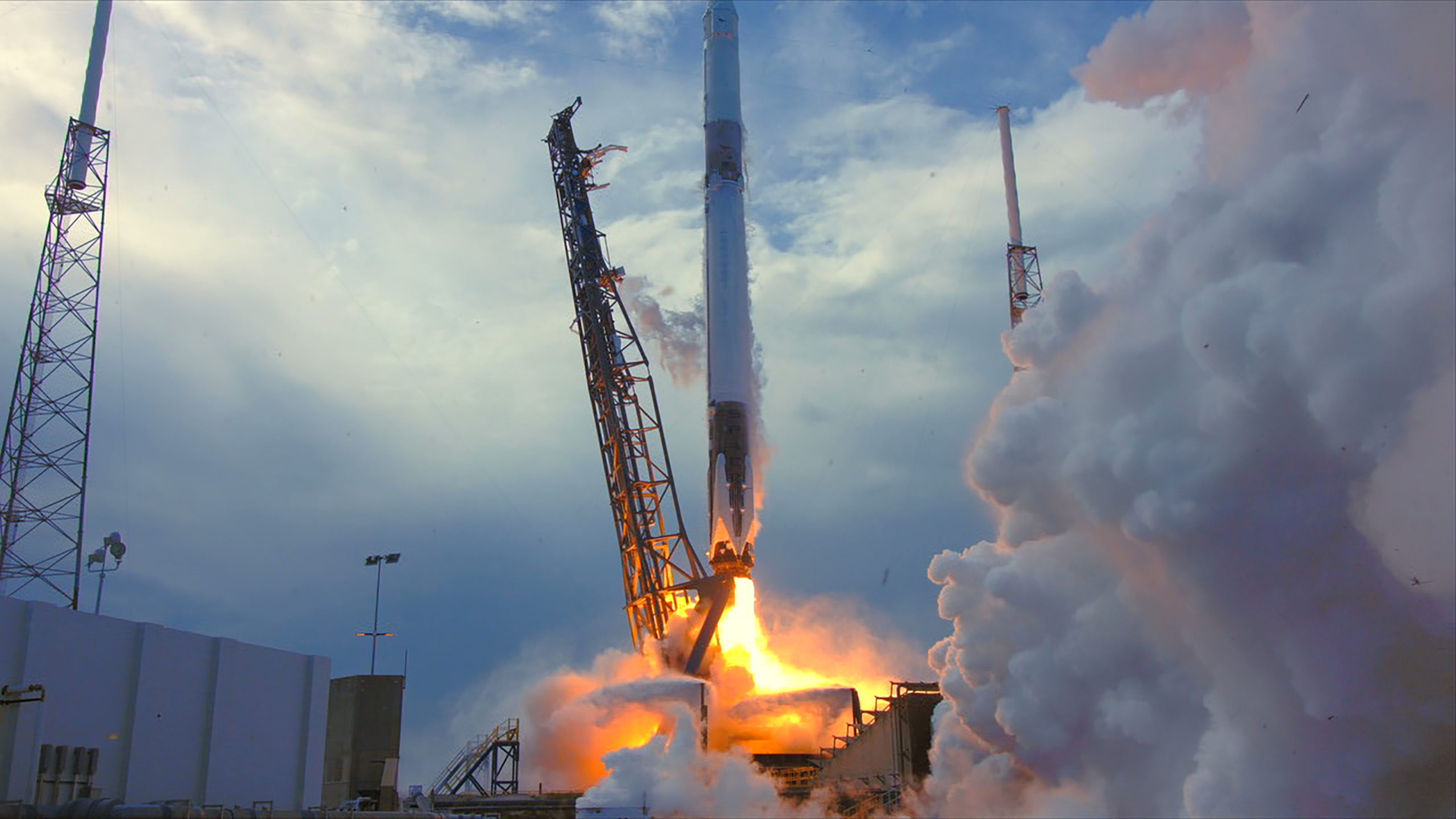 Astronauts aboard the International Space Station soon will receive a delivery of experiments dealing with how the human body, plants and materials behave in space following the 4:30 p.m. EDT launch Monday of a SpaceX commercial resupply mission.

A SpaceX Dragon lifted off on a Falcon 9 rocket from Space Launch Complex 40 at Cape Canaveral Air Force Station in Florida with more than 5,800 pounds of research investigations and equipment, cargo and supplies that will support dozens of the more than 250 investigations aboard the space station.

Japan Aerospace Exploration Agency astronaut Norishige Kanai and NASA astronaut Scott Tingle will use the space station’s robotic arm to capture Dragon when it arrives at the station Wednesday, April 4. Live coverage of the rendezvous and capture will air on NASA Television and the agency’s website beginning at 5:30 a.m. April 4. Installation coverage is set to begin at 8:30 a.m.

Among the research arriving on Dragon is a new facility to test materials, coatings and components, or other large experiments, in the harsh environment of space. Designed by Alpha Space and sponsored by the Center for the Advancement of Science in Space, the Materials ISS Experiment Flight Facility (MISSE-FF) provides a platform for testing how materials react to exposure to ultraviolet radiation, atomic oxygen, ionizing radiation, ultrahigh vacuum, charged particles, thermal cycles, electromagnetic radiation, and micro-meteoroids in the low-Earth orbit environment.

The Canadian Space Agency’s study Bone Marrow Adipose Reaction: Red or White (MARROW) will look at the effects of microgravity on bone marrow and the blood cells it produces – an effect likened to that of long-term bed rest on Earth. The extent of this effect, and bone marrow’s ability to recover when back on Earth, are of interest to space researchers and healthcare providers alike.

Understanding how plants respond to microgravity also is important for future long-duration space missions and the crews that will need to grow their own food. The Passive Orbital Nutrient Delivery System (PONDS) arriving on Dragon uses a newly-developed passive nutrient delivery system and the Veggie plant growth facility currently aboard the space station to cultivate leafy greens. These greens will be harvested and eaten by the crew, with samples also being returned to Earth for analysis.

Dragon also is carrying an Earth observatory that will study severe thunderstorms and their role in the Earth’s atmosphere and climate, as well as upgrade equipment for the station’s carbon dioxide removal system, external high-definition camera components, and a new printer for the station’s crew.

This is SpaceX’s 14th cargo mission to the space station under NASA’s Commercial Resupply Services contract. Dragon is scheduled to depart the station in May and return to Earth with more than 3,500 pounds of research, hardware and crew supplies.

For more than 17 years, humans have lived and worked continuously aboard the International Space Station, advancing scientific knowledge and demonstrating new technologies, making research breakthroughs not possible on Earth that will enable long-duration human and robotic exploration into deep space. A global endeavor, more than 200 people from 18 countries have visited the unique microgravity laboratory that has hosted more than 2,300 research investigations from researchers in more than 100 countries.
Reactions: Alfa1-admin and zastavra
About author

Status
Not open for further replies.

Status
Not open for further replies.